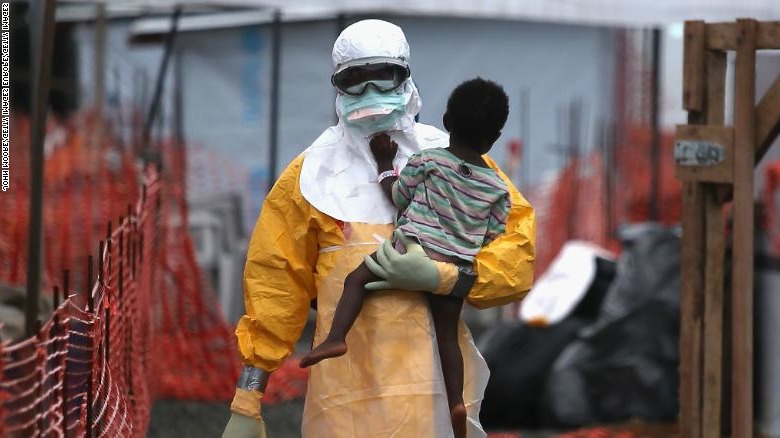 The Democratic Republic of Congo has officially endured a year of an Ebola outbreak that’s been plaguing its eastern province. Since the beginning of the epidemic, the disease has claimed over 1,700 lives. This makes it the the penultimately lethal outbreak of the viral infection in the records. Meanwhile, well over 2,500 people have contracted the illness overall, a third of them being children.

The process of combating an Ebola outbreak is frustrating enough as is. But this particular one has proven even more challenging. The culprits for this are many, namely the infection zone being in the grips of a rebel conflict, highly mobile communities that further transmit the illness, and a slew of misconceptions about Ebola, including the disbelief at its very existence, as the BBC reports.

First records of this outbreak originate in North Kivu, from where it swiftly proliferated in the ensuing months. On August 1, health officials in Congo have elucidated that they had confirmed four accounts of infected individuals, as well as one case of active transmission in Goma.

One of the four persons to carry the disease has since died, leaving behind a wife and one-year-old daughter. The two surviving family members, by various reports’ words, have also contracted Ebola. The illness’ transmission, however, was particularly alarming to health organizations, especially considering Goma’s location and active population.

Goma is a city that supports over two million people. Moreover, it’s a trading and transit hotspot, a ripe breeding ground for Ebola. Rwanda, which borders Goma, has since closed off routes between it and the city, scrambling to halt the virus from flooding into the country. The two connect at Gisenyi, a Rwandan city which sees its and Goma’s residents intermingling daily.

This barring off of the borders has raised complaints from Rwandan denizens. Because of clogged trade routes, prices for various goods have been swelling. Although, the Health Ministry in the state later referred to the barring as more of a slowing-down due to increased screening at key points of ingress. Nevertheless, the ministry maintained that the border remained open.

The Troubling State of Combating the Outbreak

Recent ill news from the city signaled to the International Rescue Committee that more serious measures are necessary. During a Wednesday statement, the U.N. declared that local authorities had found the 20 people who had interacted with the aforementioned deceased man. These people are to receive vaccination and proper treatment as quickly as feasible.

A joint statement the W.H.O. and other health institutions have released expresses grave concern for the future state of the infected population in Goma. It highlights the high likelihood of the virus billowing beyond the city, and eventually, the state’s borders.

As already mentioned, high rebel militia activity has rendered effective combat against Ebola exceedingly taxing. The conflicts have lead to large chunks of the local populace to become displaced. So much movement only exacerbates the odds of the virus covering the entire territory.

The spread of misconceptions and superstition regarding the disease makes curing exposed communities even more laborious. Adding to that the waning security in the country and political tensions, the entire endeavor becomes all the less feasible.

Since the epidemic first began its rampage, locals have assaulted or outright murdered dozens of health workers laboring to stymie the spread. Moreover, they have also arsoned several clinics, denying those infected from receiving vaccination.

Strategies and Measures to Quell the Spread

Both the U.N. and the W.H.O. have assured the public that they are committed to culling the outbreak. However, they underscore the need to up the efforts to accomplish this goal. The Merck Ebola vaccine has been in use, but the W.H.O. will implement a new vaccination strategy.

This strategy involves vaccinating the wider populace rather than just the individuals who had contracted the virus or come into contact with such a person. It also aims to bring in a new vaccine.

Dr. Henry Walke of the United States Centers for Disease Control and Prevention has briefed the world on their operations on Thursday. As of this moment, 15 employees of the agency are fielded in Congo. Twelve of them reside in Goma, while the rest are at work in Kinshasa.

But none of the operatives are actually where Ebola rampages most. This is because of the dramatically high levels of violence in these zones. This U.S. State Department deems the levels too high to allow them entry in these hotbeds of infection.

Nearby Countries Brace for the Virus

Dr. Walke also stated that the intent is to double staffing in both Kinshasa and Goma in the months that follow. Should safety levels in severely affected zones allow it, they also wish to send employees there. Ten more CDC have been sent to other countries: four to Uganda, four to South Sudan, and two to Rwanda.

Rwanda, meanwhile, has a treatment center at the ready in case someone there is confirmed to carry Ebola. Over 3,000 people have undergone vaccination in the country, the W.H.O. reports. More than 1,100 of those are from Gisenyi.

Similar measures are in place in Uganda. It was the first country to receive a sliver of the Ebola outbreak in July. The first infected was a five-year-old boy who picked up the illness while in Congo. Both his grandmother and he subsequently died, while two of his relatives also have the virus.

Sesame to Be Listed on Warning Labels for Food Allergy?